I find it comforting to immerse myself in stories that bear some resemblance to the reality we’re living in. I wonder if I might be the type of person who struggles with the inconceivable—which is also why I played a lot of Plague, Inc. in the early days of COVID-19. If you can conceive of something, you give it shape.

But a little bit of quasi-certainty is, at an emotional level, more soothing that a complete lack of certainty. It’s why sometimes journalists at emergency press conferences ask the most ridiculous questions about things no one can predict. And why humans often jump to conclusions without gathering all the facts first. Our psyches are fragile, particularly in stressful circumstances beyond our control. We need that comfort to survive this moment long enough to make it to the next.

So even with a setting as god-awful as an ecologically ravaged Dominican Republic—rife with toxic waters, dystopian technology, and too often a blatant disregard for humanity—I still found some comfort in Tentacle by Rita Indiana (translated by Achy Obejas).

Tentacle is queerpunk sci-fi that at first seems like culturally vivid escapist fiction, but later turns out to be a breathtakingly interwoven non-linear narrative. It centres primarily around Acilde, a trans man who must go back in time to save the ocean with the help of an ancient Yoruba god. It raises questions of desire and destiny, and asks whether humanity really can be saved, or will the darker sides of human nature prevail?

I like it when a book makes me think. And it has taken me a long time to process my feelings about this one enough to be able to reflect on it. I don’t want to live in a world with toxic oceans. I don’t want the power to kill someone in need if they ring my doorbell at the wrong time. I don’t want to hold the future of the world in the palm of my hand. But the more I ponder this story, the more it looks like some bizarre allegory for how we live today.

I mean, okay, it’s probably not the smartest book to pick up right now, while the world is in such a weird place. But then, maybe it also is...?

The problems plaguing us right now aren’t going to disappear on their own. Even if it’s depressing af, there are conversations we need to have about climate and pollution and power structures, and how these are ultimately affected by how we behave and regard each other. We are, after all, stuck together in this space and time. 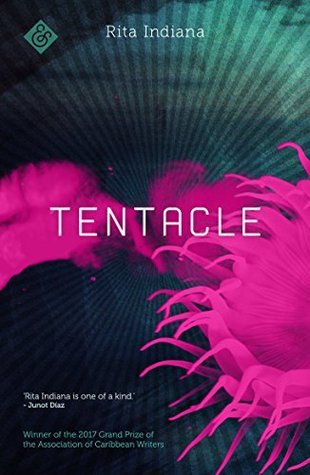