Sonia Palermo’s new book, Hot Girl Summer, is out and ready to party! Or is it? After all, this steamy contemporary Brit-rom features an MC who’s keen to move on from her old party girl ways.

Here’s author Sonia Palermo to tell us all about it…

An interview with Sonia Palermo

JL PERIDOT: Tell us a little about Sophia and what Hot Girl Summer is about.

SONIA PALERMO: When we meet Sophia at the start of her journey, she is a jaded party girl making the transition from cosmetologist to yoga teacher. She’s over casual hook-ups and emotionally stunted men. Then she meets Danny Pearce, a musician who—at the start—is rude and obnoxious. But as the story progresses, we see a different side to Danny, and Sophia’s story soon becomes theirs as they grow together and deal with previously brushed aside personal traumas and internal setbacks.

The heart of Hot Girl Summer (title inspired by Megan Thee Stallion) is about letting go of shame in a victim-blaming society. It’s about learning to love, however that may look, and healing. It’s about being unapologetic and changing the narrative of the past to create their own happily ever after.

After the countless times I’ve read this book I can still hand on heart say that I adore this story, and the HEA still gets me every time.

JL: What is it about Sophia’s initial struggles that readers may relate to?

SONIA: I think being taken seriously as a young woman has always been a challenge for myself, and for my friends when I have spoken to them about it. I’ve been in Sophia’s shoes—a woman in her mid-twenties trying to navigate life, work, men and friendships. I didn’t have a clue who I was at that age, although I really thought I did.

Older people didn’t take me seriously because at that age you’re halfway between being a teenager and being a responsible adult. People are quick to assume that pretty, young women have no life experience outside of their privilege, and I wanted Hot Girl Summer to smash those assumptions. Everyone has their own trauma, and things they need to heal from—even if they don’t know it.

JL: How much inspiration did you draw from real life and your own experiences?

SONIA: In a past life, I was a party girl. I share a lot of traits and quirks with all my characters, but I was also heavily inspired by my friends and old acquaintances. I really couldn’t tell you what the [UK] clubbing scene is like now—especially since being in a pandemic. But ten or so years ago it was great. Student nights are really popular in the UK—especially in the University towns and cities like Brighton, where this book is set.

The nightlife is buzzing and eclectic—there really is something for everyone! My inspiration for Lilura is a mash-up of two bars in Brighton—Bohemia and No. 32. Nowadays, I like to go to cute bars with decent cocktails where I can have a chat with my friends.

JL: The hot older guy trope is so very nice. What did you have to do to get in the headspace for writing a character like Danny?

SONIA: I completely agree—I’ve always been attracted to older men, and I love the age gap trope. I’ve met guys like Danny, and I thought it would be fun to explore the male ego/alter ego dynamic in a “whiskey sour hero” (term coined by Amy Andrews), and the way his own trauma has affected him and the way he is.

He hides behind that overconfident, cheeky façade but he is just as vulnerable and soft as Sophia is—and that’s one of the reasons why they’re perfect for each other. They’re super different in their lifestyles but deep down, remarkably similar. Danny is reluctant to show his vulnerability, but after the studio scene, we see a change in him. He gives Sophia that extra bit of strength she needs to overcome her trauma, and in turn she helps him let go and face his grief from the divorce.

JL: Let’s touch on THAT SCENE. Readers will know what I’m talking about when they get to it. Talk us through how that pivotal moment came about.

SONIA: Sophia is learning to let go of all the pent up fear that’s been holding her back from living a full and happy life. I suppose it’s her way of releasing what no longer serves her. Sophia’s complicated relationship with her dad makes it hard for her to let people—especially men—in. But she finds comfort in Danny’s presence.

This scene is representative of her allowing herself to let Danny in. Like it’s okay to want someone to have more of you than you’re willing to initially give, and I think this scene is a really important turning point because it shows her completely raw and vulnerable, and also shows Danny’s vulnerability, too.

There are so many things in this scene that are unsaid but understood. Like how Sophia needed to lose control for her own benefit, and to create a level playing field. She needed to express herself in a way that she knew how—that was comfortable to her, and on her terms. And she needed to release that pent up emotion. Also, it’s ultimately the push that Danny needs to realise what he actually wants.

JL: Hot Girl Summer is the first book in a series/collection? What can you tell us about the series overall?

SONIA: The series will be connected, but not in the traditional sense. The main characters in book two aren’t in Hot Girl Summer, but the entire series is set in Brighton and centres around sassy, sex-positive heroines and whiskey sour heroes with hearts of gold with a focus on healing, real-life issues, online dating culture with a ton of banter, fun, steam and of course a satisfying HEA.

JL: What’s your background and how much of that influenced this book and the other books you’re writing?

SONIA: I had a pretty basic school upbringing. I’ve worked in the beauty industry for 15 years, so I had an easy ticket to Sophia’s world. My hobbies have heavily influenced my character’s jobs, too—yoga, personal training, and baking/cooking (a little teaser for book 2). Also, I owe the food connections in Hot Girl Summer and the other books in the series to my Italian heritage.

JL: Finally, what is one thing you hope readers will take away from your book?

SONIA: I hope that readers find comfort in the knowledge that it’s ok to be vulnerable, and to own the power that we all carry inside of us. 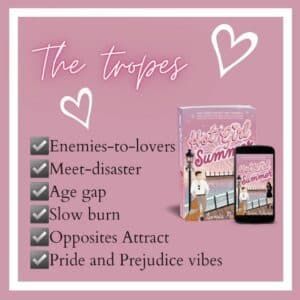 Sophia DeLuca is over casual hook-ups. Between her sister’s eating disorder, her track record of falling for fuckboys, and a lifetime of being written off as a shallow flake, “failure to launch” may as well be her middle name.

Under false pretences and a fake name, she meets Danny Pearce, an obnoxious musician on the opposite end of the millennial spectrum. Danny is cocky, rude, and a contender for fuckboy of the year.

After a series of serendipitous encounters and a secret gig, Sophia unexpectedly falls for Danny. But when he is faced with his own demons, Sophia must reclaim her power and forgive the past, or risk losing the only thing that’s real. 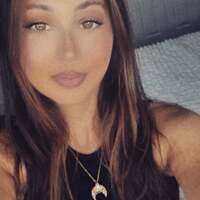